If it doesn't fit elsewhere, it should go here
289 posts

Let me rephrase. This is not scary at all in my opinion. Making their fingers and teeth sharper isn't really terrifying to me. My fear really is deformation, like WW ReDeads. Their scream made me wonder what was so scary about Freddy's in the first place
Top

Ah. I understand what you mean. It just depends on the person I guess :P
Top

The thing itself is slightly unsettling to look at...
But then I see the cupcake, and can no longer contain my laughter.

constachugga wrote:If it takes place far enough in the future, 8787...

Well, if he always does wasn't an exaggeration, maybe...
Top

Back in December last year, he made a game he called "Five Nights at Freddy's 3" which was pretty much a mix of FNaF 1 and 2. He also stole a Fanimatronic (OC Animatronic) From someone, and he got a lot of hate due to that, he also went into a depression due to that. Then he removed the Animatronic, and renamed the game into "The Return to Freddy's" And made 2 sequels to it, but this time he made everything from scratch, all the models and such things. He still has been receiving a lot of hate, due to the old incident with the stolen Animatronic, but since then, he apologized. He recently started working on his final fangame, "TRTF4", and here stuff got bad. First, he got a massive amount of hate, because he planned to release the game in December, and people accused his decision by "You want to wait until FNaF 4 gets released, so you'll steal its mechanics!" Due to that, he changed the release date to July. Yesterday, one of his haters hacked him, and leaked The Return to Freddy's 4 to the internet, and also put his online passwords to various sites. He also told his girlfriend that he was cheating on her, and caused a lot of other problems as well. Combined with the huge amount of recent hate, he decided to upload the full game today, and so did he. His last announcement was this. However, during Night 6 of the game, something happens. Near the end of the night, the game freezes, and messages from him appear, saying he's sorry for all of what he did, and is thankful to his supporters, and that he might as well die since a lot of hate him and send him death threats. After Night 7, a message pops up, saying "BFPFilms is dead."
He removed himself from Sabani Games (A group of indie developers he made) and he gave all his accounts to a friend of his.
On Sabani Games, the TRTF's page shows this: 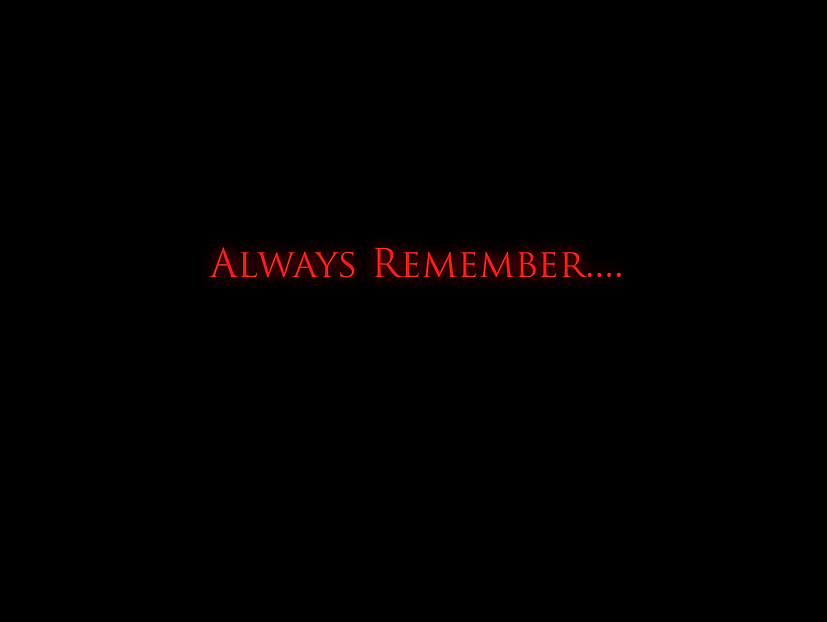 Some people are saying that he said he only killed his "online persona". However, there's no information whether this is true.
Top

What a sad story.
Top Foxy have a tongue now?
Top Julien12150 wrote:Foxy have a tongue now? It's probably the colouring, but all I can think of is "Willy Wonka".
Top

it's too short (even with the typo)
well my font obviously isn't the right size but
the way i see it, the actual font would need to have some odd spacing to fit properly

Something big is coming! Yeah, I agree. Jurassic World was an incredible film.
Top Fredbear? Is that you? Why are you gray? I want to know!
Top

is it just me or does the bowtie look like it has way less model quality than the rest of him?
Top

Time for a breakdown:
-On the left of the picture is the text "OR WAS IT ME?
-On the inside of the stomach, "PRO ME" is written, it most likely means either "Probably me", "Protect me" Or "Property of Me"
-Checking the source code reveals the text "gsfecfbs" Using a Caesar Cipher on the text, while on Key 25, makes the letters change into "Fredbear"
Top

Now this time do House of Stairs, professor Langdon
Top A voranimatronic, that's definitely what we needed.
Top Five Nights at Freddy's 4 Will be released August 8th, the release date of the first FNaF.
The game will receive a free extra content update on Halloween.
The trailer will be ready on the next weekend.
Top

4 days before my birthday, amazing
Top

Only 228 days before my birthday, this really feels like an early birthday present now
Top

I know I'm gonna be hated forever for this, but the trailer makes the game look more like a bad fanmade mod. It just... doesn't work in my mind...
Top

Viewing the likes, when suddenly...

I have no idea why but that house is giving me deja vu about my own house...

Then again, SpringTrap's footstep noise did the same... Like I had heard it a long time ago...

constachugga wrote:I have no idea why but that house is giving me deja vu about my own house...

this is creepy pasta material

"the house in FNAF 4 is modelled after my house GUISE!!1!"
Top

FNAF4: "Import your own home" edition

As corny as it sounds, I watched the trailer for 4 in bed and was slightly traumatized. Good thing I have to leave my door open and my parents had the lights on at the time.
Top