Representation/Group Pic Thread (How should people draw you?)

If it doesn't fit elsewhere, it should go here
183 posts

First off, I'd like to apologize for yet another thread relating to group pictures. This forum is starting to really get clogged up with them.
However, my aim is different: to keep a group of pictures for each user's OC or character to go by.
In other words, give me a bunch of images of the character in your avatars so I can save them here, for reference so that I and others can draw them.
I'm sick of trying to search for everyone's avatars and original characters across these forums, just so I can draw them in the next tower fad or something.
No, you cannot give a group image or something and say to use that as a reference. If you really have to, crop it to just you.
Also try to include multiple poses and positions of your character.

And you cannot use words to describe a character. Words can mean a lot of different things, no matter how descriptive you are. You should also try to post the most favored incarnation of your character, if you change it often.

Once again: if you want to be in this community's art, then you're going to pretty much have to post here.

Imaginary Cake's robot:
I like to think of myself as intelligent. Someone who plans. This avatar is based off of: 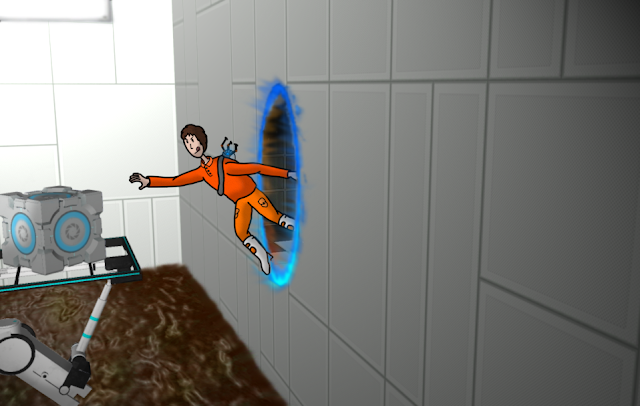 Original size
I prefer the way he looks here much more! 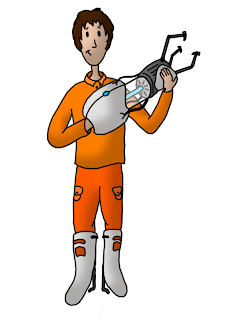 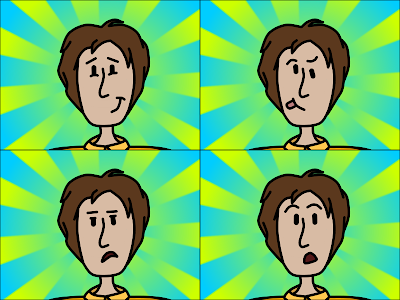 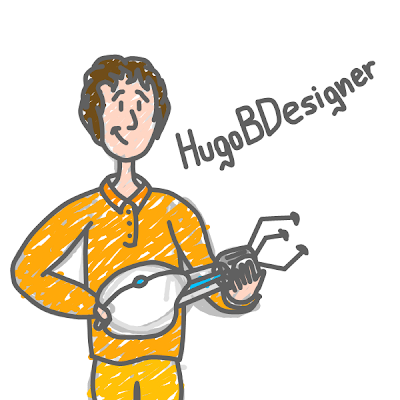 WiloKing's soul:
This character is from a boss in one of the Kirby games called Marx Soul. It's a black shirt, but the shoulders and arms are red.

0>0's talent for copying others: I guess I'm just known by Luna here, so here's an album with official art and whatnot: http://imgur.com/a/li2kV
Top

There are SOOOOOOOOOOOOOOOOOO many references for my character...
I'll just put a few of them here though. There are several in the Art Thread, if anyone really needs more...

Original size
This one is more accurate than the one above. I prefer the way he looks here much more!
Top

My avatar is pretty much a recolor of the Spookat monster from Spiral Knights, if ye wished to know.

Trogdor in a slightly darker shade of green and with frameless glasses.

(OC do not steal)
Top

copy wrote:My avatar is pretty much a recolor of the Spookat monster from Spiral Knights, if ye wished to know.

Knew that was that enemy.
Anyways, just copy-paste my avatar dude (badly, that is key also try rotating him) or go to gameropolis, then my page in the takingflight user directory, and use that pony.
Top

I could really use a reference for WiloKing or Turtle95.

(And nate, you're not following my directions. You should actually provide images instead of just describing where one could find the character or what it's based off of. I do nor want to search for anyone's character.
Top

I don't own Marx or Marx Soul, but they are my representation none the less
Top

Cake, could you put my first image in the top? I prefer that image as a reference. Also, I see what you did there... "Hugo's Hugo"

Wow, I've done terrible trying to run this thread. Being busy isn't a lot of fun, most of the time...
I guess I'l compile some images on my own for avatars that I have to search images for.

If you think you're such an outstanding icon to require reference images, just dump a bunch here anyway. Knowing wether or not your character even has a neck can make a difference to the artist.

Edit:
Updated WiloKing, added Vakema becuase I thought he would never get around to it.
(No offence)
Top

Look, a Shank's attempt at an OC

It's cute Shank. Make it smile.

Oh! And I almost forgot that I made my pony OC. For any ponytical reason (lame joke): 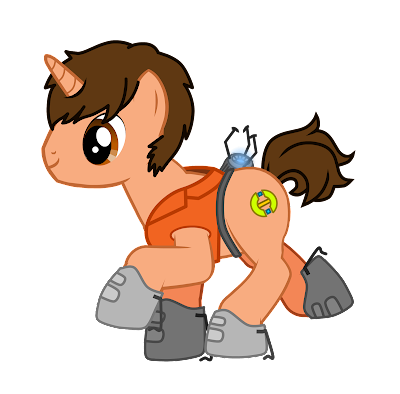 Original size
Credits to General Zoi for the Pony Creator in which I based it...

(Put it below my second image please. Thank you!)
Top

Ughh pretty much everything "Epic Face" related. I've also made a persona around here, lemme find all of them:

- made by Firaga, a brilliant mind

- used this on Halloween

- made by the great idiot

http://puu.sh/8ODW1.png - big image, my persona (actually has hands but I was trying out a new style)
I'm also using lots of Stoking avatars lately. I'm not sure if I'm ever going to go back to my Epic Face thingamajic I had back in the days. I still get drawings or references made by my friends about how my face is the "Epic Face".
Top

I'll call out a person (who may or may not be 100% active) everyday so that I may obtain reference images from them.

Today, I call out Hatninja. (What's your most iconic avatar?)

Also:
I'm not adding any ponies to this list, excluding those who go by ponies only. Like Jorichi. (I assume...)

AlsoAlso:
If I already have your avatar listed somewhere in here, please try to provide more. The more poses and reference images, (Even try to crop yourself from broader drawings) the better.
Top

Here's two examples of me
Top

Well, you seem to know what you're doing, I guess I won't provide anything.
Top


imaginary cake wrote: I'm not adding any ponies to this list, excluding those who go by ponies only. Like Jorichi. (I assume...)

I may add a separate pony section later, but I think it belongs in the Pony thread more. Give me more time to be accepting of other's opinions...

Well, okey. This seems pretty useful considering that I'll stab the next person who represents me as the Trist3D Moon alone.

(He's looking down, his eyes aren't usually that low.)
I'll find some more pictures later.
once I draw them.
Top

So... what exactly is what in this picture?
I can tell what his head it, but then the black background kinda screws everything up.
Top

It's a black shirt, but the shoulders and arms are red.
Top

he is good right?
he's robot but wear clothes and hat i saw it's good to him.
Top

Perfect timing. Though you should work on fleshing your OC out, I took the time to draw sumtin.
Pretty Lights + inability to draw faces effectively = robots. nice style to draw me. :D
but i'm not ohgreaterthanoh i made the name by the "0 0" are eyes and the ">" is mouth,and remember it's 0>0 not O>O there are different.
Top

*Shooshes and paps*
It's okay, this is merely for my convenience.

Now I'm starting to feel like one of many.
But hey, at least 0 > 0 has a real avatar now.
(Wait, do people here still remember Drone36?)
Top

I... do? I mean, I certainly forgot about him at one point... But listening to Pretty Lights and thinking about Daft Punk put me in the mood to draw rubbuts.
Top

(Daft Punk was my original inspiration to make a robot avatar, but I did not base it off of them.The text above my head is base off of some of their music, though- guess which one.)
Top

It's been a while since I've heard that username, but I vaguely remember him.
Good guy/tv/robut, could've gone far in the stabbing business.
Top

I'd like to be drawn as good old me:

Mr.Modern colored Mario without gloves that is always jumping and blinks slowly many times, and taken from super paper mario

I will have an proper Oc soon (I've already made it but I want to release the game he stars in first).
Top

Here, have a full bio. Helmet form is easiest for you guys. Don't bother with cheshire if you can't draw cats.

Well, you seem to know what you're doing, I guess I won't provide anything.

I don't remember the underline the first time around...
Top

I can when I feel more dedicated to it.
Ex. I actually need references for characters, which should be by my next tower drawing, coming hopefully before July.

Sarcasm and jokes.
I'm mocking everyone for some weird reason.
Kinda like caption the avatar game.

My point is, we both use robots for our avatars.
Which makes me feel kinda less special...
Top

I was a robot first!
Top

(Yeah yeah, I remember Turret being a robot for twatterville stories, but was is different than is. My avatar is a robot, and there were no more active members with the same intentions so I felt special.)
My favorite one is where he puts on the dress.
Where did that come from, anyway?
Top

Notebook drawing where?
And yes he's a robot, though before I had him as a robot, it was Turret Opera the human. After Twatter Story TurretBot became my "official" persona.
The pretty princess is from this.
cake you ninja
Top

This is the notebook thing

The cape thing is all of them. TurretBot is a robot who wears a cape...
Top