If you load a suspended save thing on the wrong mappack, you get this 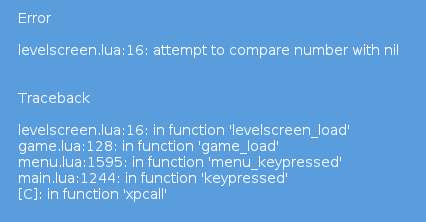 Solution : Don't start suspended games on a different mappack.
Though, I could see how this could be bothersome, as you have no idea which mappack is suspended.
Top

If I do it the other way around, suspending the game in the default SMB pack and loading it in the Random Crap pack, things get mixed. I get infinite lives but I do reappear in the SMB world.
Top
4 posts • Page 1 of 1